It’s one thing to sell an industrial machine. It’s quite another to know which machines  are right for the customer and their needs. Richard Smith is the go-to person at Wheeler Machinery Sales for any and all questions related to used metalworking equipment.

For three generations, Wheeler Machinery Sales has been dedicated to providing the industry with quality used metal working equipment, dependable service, and competitive prices. This has made Wheeler Machinery Sales one of California’s leaders in the used metal working industry. They’re one of the largest dealers in the Los Angeles area, with more than five hundred machines in stock.

That growth would never be possible without Richard Smith, Wheeler’s sales manager and a dedicated member of the team. He’s been with the company for six years and he’s still excited about showing up to work every day.

“What appeals to me is just being part of the process,” he said. “It sounds cliche but it makes the world go around. You're part of a process of supplying machines that make products that everybody uses. It's nice to feel like you're making a difference.”

But Smith wasn’t always a key player in the company. He started college but didn’t complete his program. Instead, he went to work for an uncle who was selling tools at the time. That experience was instrumental in that it helped him learn how to sell tools and machines.

Fast-forward to today and Richard is a seasoned sales pro. He said that that working with company president Dan Wheeler is a true partnership.

“Dan is out there buying the equipment, knowing what people would want and need. Dan keeps a large inventory of various types of machines,” Richard said. “We focus on keeping those machines getting it ready for customers who need them.”

There’s never a dull moment on the job and Richard said the pace is rather intense at the moment.

“Dan’s a very good buyer and he brings in a lot of equipment,” he said. “So we stay focused on managing that inventory, getting the specifications of every machine, writing condition reports, and getting them cleaned, photographed, videoed and advertised.”

Richard enjoys all elements of this process and say it’s important to keep the fundamentals in mind. For Richard, honesty is always the best policy. The Wheeler team lets customers know if there are any known issues related to the equipment, and do their best to resolve any matters in a timely fashion.

“He called Dan and wanted to express his gratitude and how much it meant to him that we worked with them,” he said. “We kind of made some special arrangements for him. He wanted to say how professional we were and how we really tried hard to accommodate what he needed as far as his schedule and how he wanted it loaded and special requests that he had. He wanted Dan to know how all of his employees were very professional and bent over backward for him.”

According to Richard, this level of customer service is made possible by the fact that his company sells a wide variety of machines for a myriad of different applications and manufacturing contexts.

“I've always been in the business of selling a variety of different types of equipment, as opposed to being at a company that only sells maybe a very specific type of machine,” he said. “So every day you're always learning about new machines or something you didn't know. So, of course, the longer you’re doing this, the more time you have to accumulate a lot of different knowledge.”

That said, there's no such thing as too much knowledge, or becoming such an expert that you no longer have anything left to learn. Every day gives you opportunities to embrace ideas, solve new problems and grow as a professional.

“If you’re open to it, you're always constantly learning about something new,” he said. 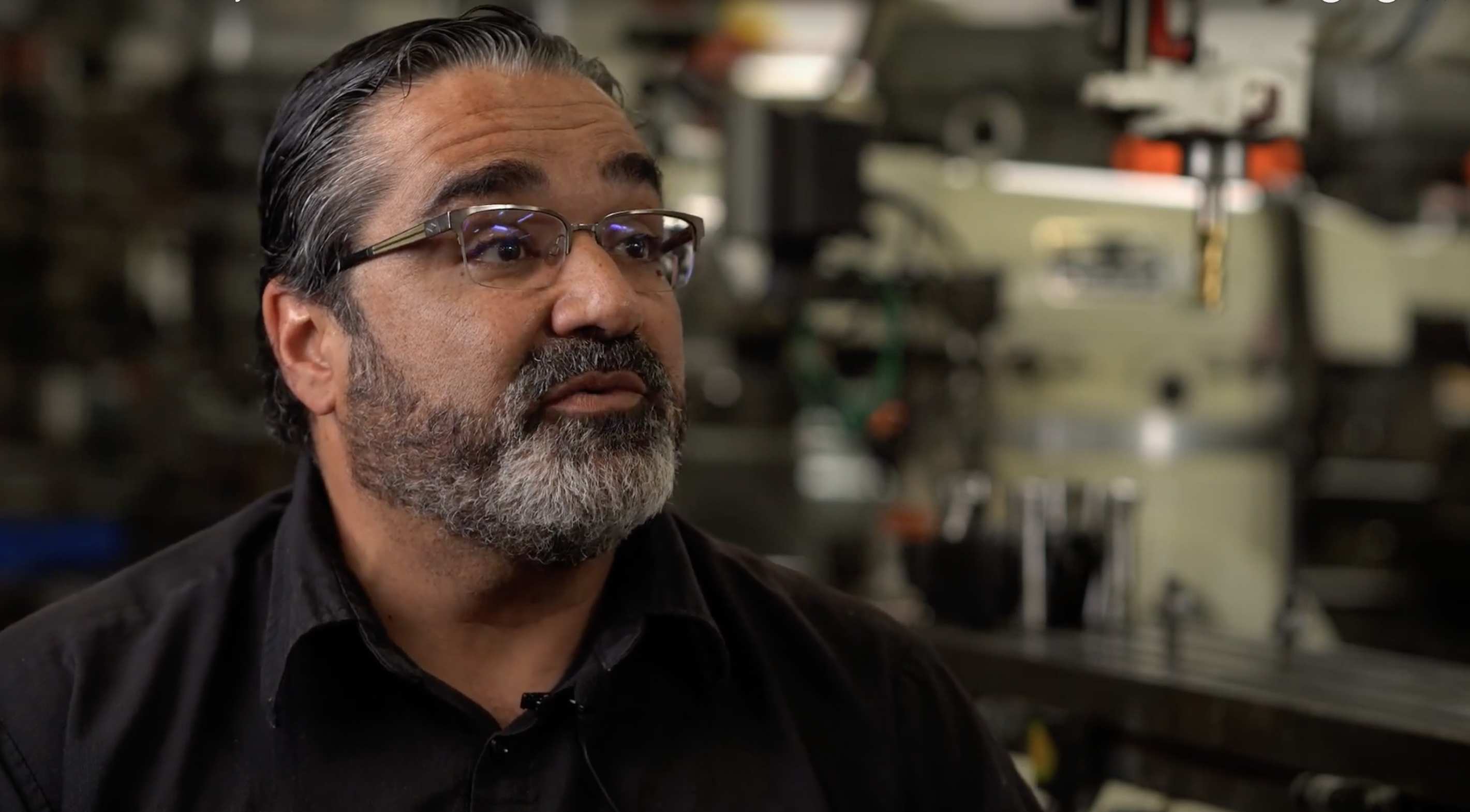