When Rick Chilcoat first met Dan Wheeler of Wheeler Machinery in 2007, he wasn’t really looking for a new job. But that chance encounter opened doors for innovation, ingenuity, and trust—everything we need to make our used metal working machine business work.

Recently retired from his work as a technical design manager at Speedo, Rick was doing the odd “handyman” job in the neighborhood just to stay busy. And that’s when he met Dan Wheeler, president of Wheeler Machinery, whose family had just moved in to the neighborhood and needed some remodeling work done on their home.

A Relationship Built On Trust

It didn’t take long for the two to form a close connection. “When Dan and his family came into our life,” said Rick, “I was at a point where I was unsure what I was going to do with my future.” Little did he know that his relationship with Dan would provide the answer.

What seemed like a chance encounter and occasional business relationship turned into a deep friendship. Both men are cancer survivors, and after Dan’s father passed away in 2012, Rick became like a father figure to him.

So when Wheeler Machinery moved its warehouse from Huntington Park to Pomona, Calif., a mere 15-minute drive from Rick’s home, Rick soon discovered a new place to put his innovative machine repair skills to work.

Having cut his teeth in the garment industry, Rick had always been the go-to guy when machines needed repair work in the sewing rooms, applying innovation and ingenuity to each task. “I started off working in a sewing room in 1976 with my father-in-law,” said Rick. “I learned the operation of the garment business and often repaired any machine that needed it.”

Turns out, sewing machines and metal working equipment aren’t that different after all, at least the way Rick sees it. “Electronics basically have the same function, just different voltages,” he said. At Dan’s suggestion, he came out of retirement, putting in 2 – 3 days per week to help repair the metal working machines Wheeler Machinery buys and sells.

While he admits that he hasn’t had any formal education in machine repair, Rick has yet to meet a used machine he can’t fix, as long as parts are available. “I do a lot of research,” said Rick, “and use a lot of common sense. I also apply what I’ve learned from one repair job to the next.”

What Rick calls “common sense,” however, apparently isn’t so common. Consider the number of times Rick has walked into the shop, only to hear the rest of the team say, “We’re glad you’re here! We can’t get this used machine to run.”  A half hour later, it’s up and running, thanks to Rick’s ingenuity.

Or consider the shop owner who sells a machine he’s given up on. “I’ll take a look at it,” said Rick. “Usually, it can be recovered.” Sometimes, Rick might have to tear down a used machine completely, but as long as parts are available, he can usually get it running again in a few days.

Rick’s innovative approach to machine repair has returned more than one used machine back into the workforce. “I’ve put together a few used machines that became a quick sell,” said Rick. “It’s always nice to accomplish that.”

And while most people might find that kind of work stressful or frustrating, Rick actually relishes the challenge. “I turn 70 this year,” he said. “As long as my health keeps up, I’ll stay busy. There’s no need to quit doing something I enjoy.”

When Rick Chilcoat, our resident “machine whisperer,” first met Dan Wheeler of Wheeler Machinery in 2007, he wasn’t really looking for a new job. But that chance encounter opened doors for innovation, ingenuity, and trust—everything we need to make our used metal working machine business work. 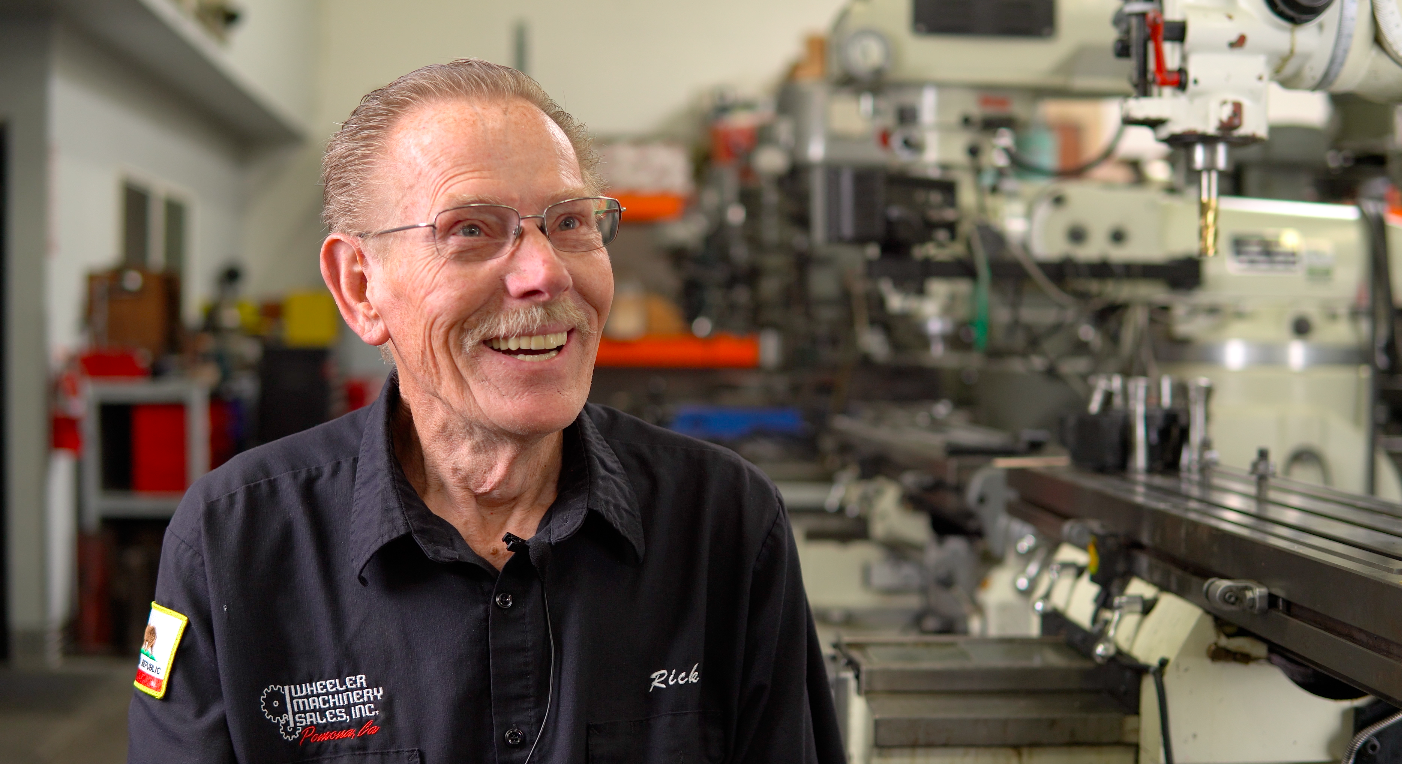